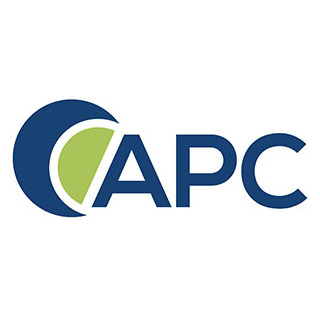 Spray-dried plasma, much more than immunoglobulins ... 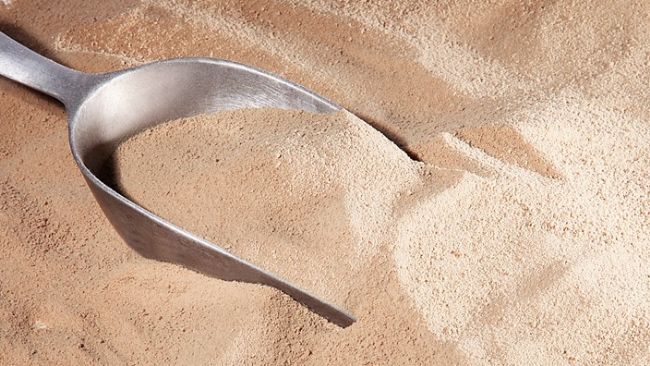 Spray-dried plasma is a feed ingredient widely used in swine nutrition, it is effective in helping animals mitigate the consequences of the most stressful growth phases.

Blood plasma contains hundreds of different proteins in different concentrations. More than 289 proteins have been identified in blood serum (Anderson  & Anderson, 2002) and with recent advances in analytic techniques, this number is expected to double or quadruple over the next few years.

Plasma is the yellowish liquid that remains after removing red blood cells, white blood cells and other cellular components. It is the main component of blood, accounting for about 55-60% by volume, and is composed of water, salts, enzymes, antibodies and many other proteins.  Plasma is the means of transporting cells and a variety of substances that are vital for the human or animal body. In addition, it performs various functions in the body, including blood clotting, combating diseases and other critical functions. Proteins make up the largest fraction and 93% of this protein is composed of albumin and globulins (Tumbleson et al., 1986).

Serum albumin is the most abundant protein in blood plasma and accounts for about 55% of all plasma proteins. It is a soluble monomer and is responsible for transporting hormones, fatty acids and other compounds. It also buffers the pH and maintains osmotic pressure, among other functions. Furthermore, it has been shown that albumin has a certain binding affinity for bacterial LPS (Triantafilou et al., 2012) and, therefore, it can be considered that it has an immune function.

Transferrin is an iron-binding blood plasma glycoprotein that controls the level of free iron in biological fluids (Crichton & Charloteaux-Wauters, 1987), and it is associated with the innate immune system. Transferrin glycoproteins bind very strongly but reversibly to iron; transferrin binds iron to the mucosal surface, creating a low free iron environment that prevents bacterial survival in a process called “iron retention”. There are many published reports that show this protein’s anti-microbial activity against a broad spectrum of very different microorganisms such as Bordetella, Yersinia, Haemophilus, E. coli, Streptococcus, Staphylococcus, Salmonella and Klebsiella, among others (Marcelis et al., 1978, Readhead et al., 1987, Salamah & al-Obaidi, 1995).

Plasma contains immunoglobulins, particularly IgG, and other immunoglobulins in smaller quantities, such as IgM, IgA, IgD and IgE. Immunoglobulins target a broad range of pathogens and foreign antigens. Spray-dried plasma is prepared from blood obtained in hygienic conditions from thousands of animals, giving a diverse mixture of immunoglobulins against the most common pathogens affecting pigs (Petschow et al., 2014). Several mechanisms can explain how oral immunoglobulins modulate intestinal inflammation and support the intestinal barrier function. For example, serum IgG expresses multifunctional activities, including complement activation, bacterial opsonization and agglutination. It acts by binding to specific sites on the surfaces of most infectious agents or toxins, either inactivating them or reducing the infection, or interfering with their ability to migrate through the mucus layer to damage epithelial cells.

How does it work?

Although historically immunoglobulins have been considered to be the main protein responsible for the plasma effect, the results of various scientific studies show that, although these proteins are probably highly involved in this effect, they are unable by themselves to account for all the beneficial effects obtained by supplementing diets with spray-dried plasma. Thus, different studies have shown that the production results are similar when porcine or bovine plasma is added to diets for piglets (Crenshaw et al., 2015). This means that using plasma from the same species has not been shown to increase productivity. In addition, a number of scientific studies have reported improvements in production parameters and reduced mortality when spray-dried plasma is used in chickens, ruminants, fish, pets and horses, regardless of whether porcine or bovine plasma is used. It is worth highlighting the many studies performed by Dr. Moretó and Dr. Pérez-Bosque and their team, working with animal models in which mild intestinal inflammation was induced by the intraperitoneal injection of St. aureus enterotoxin B (SEB), and subsequently spray-dried porcine plasma was administered orally. They showed that the beneficial effects observed in the animals, such as the improvements in the intestinal barrier function, intestinal permeability, modification of the lymphocyte populations and the pro- and anti-inflammatory cytokine profiles, could not be due to an antigen-antibody reaction, as the plasma immunoglobulins could not have been in contact with the SEB toxin administered peritoneally. In addition, these authors subsequently showed the beneficial effects of the use of plasma in the diet to reduce chronic pulmonary inflammation. It has also been shown that immunoglobulins are not absorbed from the blood. Consequently, the systemic effects observed in these and other studies cannot be accounted for solely by attributing the plasma effect to the immunoglobulins and it is logical to think that other proteins, growth factors or bioactive peptides present in the spray-dried plasma may play an important role in these observed effects.

Plasma proteins also contain Bioactive Peptides, such as C-Peptide, Cytokines and amino acids. In a recent study performed in an industrial spray-dried porcine plasma plant, the levels of different cytokines and growth factors were analysed in different production batches sampled during a one-year period. It was observed that, on average, IL-1β was present in porcine plasma at levels of 3.60 ± 0.28 pg IL-1β/mg protein. The values of IL-10, which is an anti-inflammatory cytokine, were on average 0.87 ± 0.07 pg IL-10/mg protein, and the values of the growth factor TGF-β were 2.75 ± 0.19 pg TGF-β/mg protein. In addition, when they used liquid plasma samples that were subsequently spray-dried, they found that the spray-drying process does not reduce the concentrations of IL-1β or TGF-β. However, the concentration of IL-10 was reduced by 30%.

Likewise, amino acids have been identified as important for recovery after intestinal damage by infectious agents (Corl et al., 2007; Bosi et al., 2004; Pérez-Bosque et al., 2006). For example, the amino acid glutamine is used as a preferred energy source for rapid proliferation of immune cells and enterocytes. Furthermore, it is a non-toxic ammonia transporter and it has been related with maintenance of the intestinal barrier function and cell differentiation (Jian et al., 1999). The amino acids absorbed in the blood from plasma can also play an anabolic role in the body.

To conclude, a large number of studies have shown that oral administration of spray-dried plasma improves growth, normalizes the intestinal barrier function, and reduces the severity of stress and disease in farm animals and animal models. Although the exact mechanisms of how plasma proteins work in animals are still not fully known, the studies show that plasma proteins have healthy benefits, bind to bacterial endotoxins, support immune homeostasis, preserve the intestinal barrier function and promote a stable microbiota.

How can plasma proteins help your piglets?

Weaning is one of the most stressful times during a pig’s life; food intake and growth are reduced, and mortality and morbidity increase during the first 2-4 weeks after weaning or until the piglet’s immune system is fully developed. Weaning is a stressful period, irrespective of the age at which it is performed, due to the traumatic separation from the sow and the environmental, physical and social changes. These changes include mixing animals from different litters, the transition diets and the exposure to different pathogens and antigens. The adverse effects accompanying weaning include, among others, reduced food intake, increased incidence of diarrhoea and mortality, and internally, the inflammatory process and the structural and functional damage caused to the intestinal mucosa. In addition, weaning is normally associated with a low, variable feed intake, which significantly reduces the animal’s growth. Consequently, it is crucial for piglets to surmount the weaning-related stress as soon as possible in order to survive and be productive during their subsequent life cycle.

Because of its composition in proteins and functional peptides, spray-dried plasma is used extensively in piglet weaning diets to improve food intake, increase growth and improve feed efficiency during the post-weaning period (Coffey & Cromwell, 2001; Van Dijk, 2001; Torrallardona, 2010). The positive response observed in growth and feed intake as a result of the use of spray-dried plasma in piglet weaning diet shows a positive linear correlation with the level of inclusion (Kats et al., 1994). Therefore, spray-dried plasma is considered an essential ingredient for improving yield during weaning (food intake and growth) and provides an excellent alternative to the use of antibiotics (Torrallardona, 2010).

# References available from the author on request.